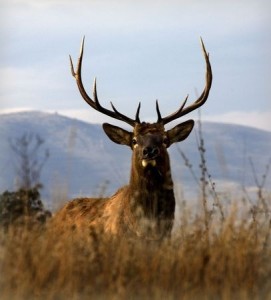 The North American elk is an iconic feature of the Montana plains and a favorite game animal of the hunters who frequent this land. Thanks to a concerted conservation effort over the course of the past few decades, dwindling elk populations have rallied in recent years and today North America is once again home to over a million elk. As their populations have grown we’ve learned a great deal about the elk, much of which has surprised scientists and sportsmen alike.

Over short distances, elk can reach speeds of up to 45 miles per hour. Horses, on the other hand, typically top out around 30. Elk are also far more adept at navigating rough terrain at high speeds.

The large frame of an elk might not look like it’s built for leaping, but elk are actually remarkably agile jumpers. Scientists have recorded elk jumping to an astounding eight feet!

Elk Communicate With Their Feet

Most hunters are familiar with the loud, distinct bugle of an elk, but far fewer know about this unique method of communication. As elk walk, bones in their ankles make popping noises that alert other elk to their presence. Elk use this popping to coordinate closely and distinguish elk from other animals.

During the summer, elk antlers can grow over an inch each day. The rate of growth is dependent on the amount of sunlight the elk receives. Sunlight triggers additional testosterone production, which promotes faster antler growth.

Prior to developing their large racks of antlers, scientists believe ancient elk sported tusks in their upper jaws that were used for fighting predators and other competing elk during the rut. The tusks may have receded, but some of the elk’s associated ancient behaviors remain. When threatened, elk will “sneer,” curling their upper lip and revealing the remnants of their ancient weapons.

Here at Elk Ridge Outfitters, we’re eagerly anticipating elk season in Montana. Want to join us on the hunt? Give us a call for more information or book your reservation online today!